I am now in Edinburgh working in the Kimpton George Charlotte Hotel. I am not working in the hotel perse, more so the BABA Restaurant. It is a Lebanese inspired restaurant. My placement was secured just at the end of November, so it was a relief relaxing over Christmas. Then the move began near the end of January. I was fortunate as I have a car, so I took the Ferry over with my car! If future students can do this, I’d really recommend it as it was nice not having to figure out public transport again like in the Netherlands! 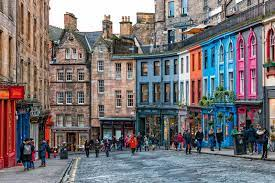 Before I started work, I had an induction day. This went on from 10-5. It consisted of learning of the history of the hotel, its current and future endeavours. We also had lunch provided to us which was from the baba restaurant. Once the induction was over, we had to complete online ELearning. Then we finally started. I am a commis chef in BABA, hence I am running the Mezze section. I am really enjoying it thus far as I have learned loads already. Learning a different cuisine is really enlightening as before I thought I knew a lot about food, mainly the cuisine I was used to- so it draws you out of your comfort zone learning about new ingredients every day. 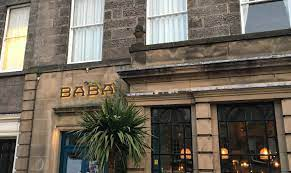 The chefs are all very kind, the vibes are chill as it is a no shouting kitchen which is greatly appreciated! It’s a great learning environment but hard work at the same time. They push you to get the best out of you. Most days the shifts are 13 hours. Some days when its busy it can be pushed to 14/15. More than what I was used to at Ireland but their work week is what makes it worth it. You work hard for 3 and a half days then you’re off for 3 and a half days. Right now, I am doing about 50 hours in 3 and a half days. The few shifts I have had so far have been busy as Valentine’s Day and the Scotland team were staying with us all near each other. My first shift was Valentine’s Day, so I was definitely thrown in the deep end, but I learned loads about myself being put into that situation. The only downside I can see so far is that I am on a salary. So, it’s a bit more difficult to budget but its also a good way of saving. 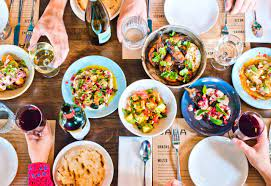 Bar work, I love Edinburgh! IT is so Scenic, and everyone is lovely. The food scene is amazing too and there’s so much more to do in Edinburgh than Ireland for young people.

That’s all for now!

Posted by BACA International at 09:24