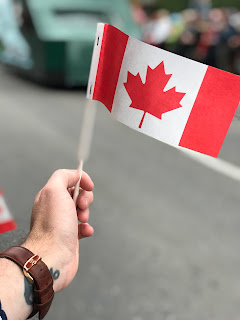 CANADA……. Need I say more?
For those of you who are reading this and don’t know who I am, my name is Derek Mc Clelland, I’m 23 years old. I am currently living in Banff, Alberta and working at the Fairmont Banff Springs Hotel as a Pastry Chef.

I’m currently a student on the BA Hons Culinary Arts program level 8 at Waterford Institute of Technology. I have been a student at WIT for the past three years, previously having studied and completed the Higher certificate in Culinary arts level 7. Which I then transferred into year two of the honours degree program. This culinary arts program has a mandatory third year of international work placement and academic study. This was a big draw for me to continue with this course and to remain studying at WIT.

I knew going into second year that very shortly we would have to start looking at our options for our international year abroad. The possibilities were endless, this was the once chance that for your working placement semester you could choose anywhere in the world you wanted to go, an amazing opportunity not lots of students in
Ireland get.

For me I had my heart set on going somewhere in Europe, but I kept saying to myself that living in Ireland and being so close to mainland Europe that it would always be there for me when I finish college and to push myself out of my comfort zone and look at other destinations for my work placement.  I had previously attended interviews with the Fairmont hotel chain while studying on the Higher Certificate, but they were only looking for people who could work six months or more and this didn’t suit me as I was only available for the three summer months.

In October 2017 Janine Valliere, the talent acquisition manager at the Fairmont Banff Springs Hotel came once again to WIT, she was very interested in hiring us for or culinary work placement. In November/ December we started the interview and application processes. By mid-January I had my letter of employment and began the lengthy visa process and the intense organization of moving my life nearly 7000km across the world. There was so much to organize from flights, work permit, insurance, bank loans (if you needed it). It was quite a lot of stress at some points with trying to manage college full time and work part time. My advice it to get as organized as possible. The quicker and more efficient you get things done the better. I moved to Canada a day after I finished my end of year exams and the immense stress I was under for the week leading up to it really took a toll on me physically and emotionally.
If your choosing to come to Canada either for work or academic placement you really need to do research into the area you are looking at, the companies etc. You also have to be so carful during the visa application process as there are numerous different visa options available to you depending on everything from the type of employer you’re going for. If you do choose to come and work for Fairmont, they do sponsor your visa which in total is around 380 CAD. 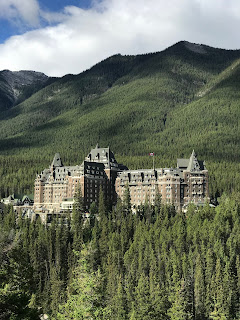 When interviewing for Fairmont we had the choice of three of their rocky mountain properties including, Jasper park lodge, Banff springs & Whistler. In the end I’m so glad I chose the Banff springs property.
Working at living across from the Iconic hotel is breath taking. Its described by many as The Castle the Rocky’s”.
I arrived in Banff around the 19th of May, two days later I began my two days of PAID orientation. The orientation was lengthy 9am to 5pm both days but covered everything you need to know about the hotel, from the history, the service they want to provide, the list is endless. The day after my orientation I was straight into work for my first shift. The first week was easy and chill and I was just taking it all in, observing how they do things etc. like anywhere new it takes time to adjust but you quickly get into the swing of things.
Some people said to me that going to work at such a large hotel, that I might get lost with the high levels of staff they have, but I found this not to be the case. Fairmont is a good company to work for, there are so many staff benefits to avail of after your first three months of employment including, dental, eye care and massage therapy. You can avail of special rates for the hotel gym and you receive 30% off all food and beverage on the property.

Coming to work in the pastry department of such a large hotel was daunting to me at first as I have never worked in such a large-scale pastry kitchen such as this one at the Banff springs hotel. The pastry department is probably one of the busiest departments within the hotel, we supply all the pastries, desserts and bread for all the outlets/restaurants across the property. The pastry kitchen runs 24 hours, 7 days a week, 365 days a year.

Life in Banff & the Canadian Rockies:

When it comes to talking about this I’m kind of lost for the right words to say. The landscape is utterly breath taking. It’s not every day that you can say you have one of the most beautiful national parks in the world as your back garden and that you get the opportunity to live and work here. I’d consider myself of more of a fast pace city living kind of guy, but as I said I wanted to push myself out of my comfort zone and try something new.

As a child I heard stories about Banff, saying how beautiful and picturesque it was. Still to this moment I can’t get over the fact that I’m now living here. One thing I will say about Banff even though it is so beautiful and surrounded by mountains, it is very touristy for my liking. On a hot summers day here, walking down Banff avenue you would think that you were in time square there’s that many people walking around…. which is sometimes off putting to journey into the town after work. I’m looking forward to the end of season when things quieten down a bit,

On days off from work there is so much to do, endless hikes and lakes to be viewed. Free biking and canoeing passes from the staff accommodation office. I always try to push myself to do something outdoors on my days off and not try waste time. We only get this opportunity for a short time, so we need to make the most of it.
The town off Banff is small but for such a small town there are so many bustling bars and restaurants, each offering so many different cuisines and deals.

I’m looking forward for what the next few months of living and working here in the Canadian Rockies have to offer……. 😉

Posted by BACA International at 04:06 No comments: