Forth year here i come

At last, we have come to the end of our amazing journey that have been my third year of international placements. I honestly feel like I could spend the next 24 hours writing about the year just past and still not say everything that I need to say. I honestly don't know where to start or what to say but I suppose ill talk about Humber college first and wrap that up. 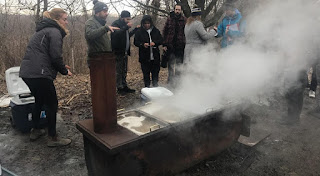 The second term of Humber went by in a blink of an eye. We had Farm to Fork sustainability in our second term and that was absolutely fantastic, we got to go on a tours and learn how the Humber Arboretum Maple syrup is made which was deadly. We learned all about waste management in a particle manner which really help the subject sink in. we also worked a Humberlioush event where we joined forces with Humber alumni's and serve a three course meal in the Humber rooms for an event. That was pretty cool, even got offered a job from the alumni I was working with. One weekend it was so cold that pipes across the road burst and the campus was shut down for the weekend so we all got shipped off to different hotels. Rob and I got to share a room where we had a massive double bed each which was such a nice break away from our hard single beds back at campus. There's so many more things I could mention but I wouldn't do it to whom ever is reading this. 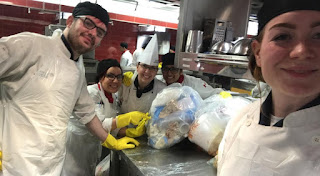 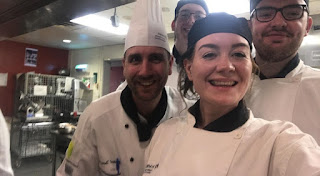 To sum up Humber, The college is fantastic and big and well equipped. The classes interesting which makes it easy to learn and even better to pass. And most importunately of all (for the positives that is) the lectures are really welcoming, enthusiastic and friendly which was quiet comforting starting in a course so big that half of the classmates did'nt even knew each other.
Now for a few not so good points but with positive solutions attached. The student residency is expensive but not when you take into account that its also your food if so choose to solely eat on campus (I would not suggest it) The food is quiet basic but nice sometimes (the cookies are savage tho). There is a lot of free time so either come here with unlimited funds or get a co op visa and earn some extra dollar while getting some cool experience too. And lastly if you hate the cold, apply for the summer months and go first.

Now on to the great adventures that Canada have to offer or well the ones I choose anyway. Toronto in itself is a amazing and has to much to offer I only wish I had seen in in a bit of sun. Kensington market has the best berlin kebab to offer outside of berlin, Lawrence food market is the best in the world need I say more, center island is just superb and only a quick ferry ride away and so on so forth. Wh 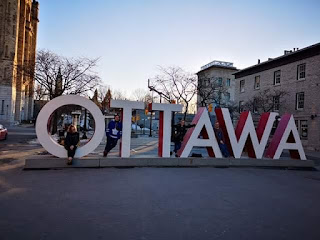 ilst living in Toronto, Tamara (a Dutch student), Jacob (a Danish student), Robert and I decided to take a road trip to Montreal and stopping in Ottawa on the way. Canada just has so much to offer scenically and culturally even if its not all entirely theirs. I have now been to enough museums to last me a life time. stayed in a hostel that used to be a prison with a hanging room that remains the same to this day. Got poutin in Montreal where it originates. saw a killer comedy show and even relaxed in a swim spa on the roof of my hostel. An absolute belter of a trip. 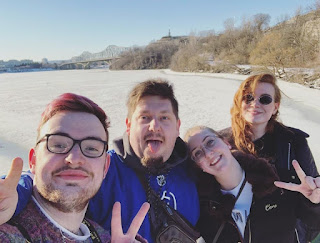 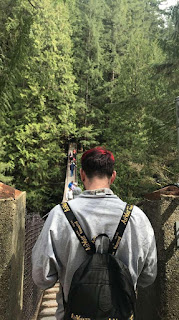 Robert and I also planned 10 days in Vancouver before our journey home and that was like a whole new world completely, it even got up to 21 C. A holiday before re returned home for all the world. My brother Ricard is living in Vancouver so it was lovely to see him and all that Vancouver has to offer such as beautiful trails and sandy beaches. Honestly if you make it as fair as Canada I highly suggest a trip to West Coast because its a different kind of living.

Now to sum up this chapter in my journey through life, is suppose. I have honestly had the best year of my lif 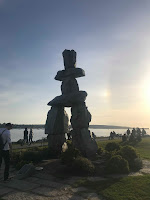 e thus far from Newcastle co. Down to Toronto Canada. I have learned so much about my field of work, about the world and even about myself . I have also made friends that i will rember for a lifetime and for that I am so grateful that we've been giving the amazing opportunities from doing BA(Hons) culinary Arts and I'am really look forward to fourth year and being reunited with my classmates.

over and out x 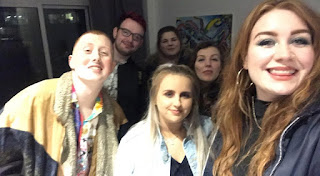 Posted by BACA International at 16:56