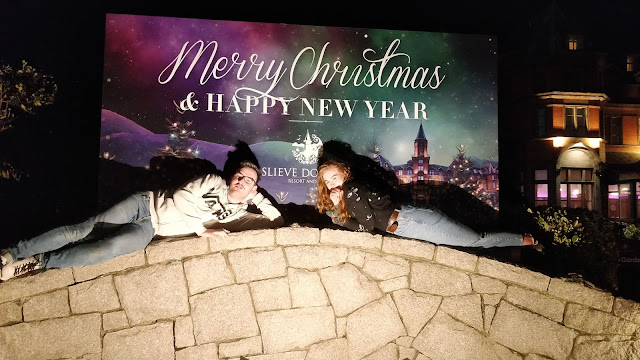 Here it is, my final written piece from the Slieve Donard resort and spa. Firstly I would like to express how much I enjoyed my time there, yes it was hard work and long hours but the people at the Slieve are truly hidden gems and amazing people which made every day bearable and even enjoyable. I would just like to thank them all and even though I may not be able to name everyone (which they requested *cough* Kevin, Dylan, Nell ect.) I would just like them to know how fabulous they are and that I am grateful for their friendship over the last six months.

Enough of that now, we’ll get down to the nitty gritty of the Christmas season in the hospitality industry. This wasn’t my first year working for the Christmas season but it certainly stood out above the rest. November was quiet as it usually is only a handful of events even if one of those nearly destroyed the hotel but I wont get into that. Then came December where it almost instantly became so much busier as if people got a sniff of Christmas and all stampeded towards the hotel for the luxury of a 4* deluxe Christmas. The 25 days between the 1st and the 25th feels as if it was only a couple of days, it’s almost a blur. We had several work party’s and conferences leading up to Christmas week which kept us busy and on our toes. We had also started a new menu which was complex and modern but easy to execute. We had Santa buffets every Sunday for 100 plus guest, a special afternoon tea menu and to top it all off eight days of polar express which would see over 1000 visitors a day. Polar express was a magical experience where the ballroom was turned into Santa’s grotto with a train ride leading up to it. Polar express was a very busy time for all the staff at the Slieve as service now started at 4.30 instead of the usual 6.30. This also meant that we now had two menus going from the kitchen one early bird for polar and the new a la carte menu. The lighthouse also felt the added pressure from the new visitors being full to capacity for the majority of the day. This even as I write it now seems like a lot of work for our small team but hey one team one dream and we made it out alive still smiling. 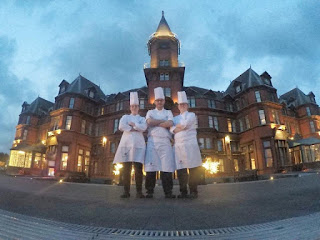 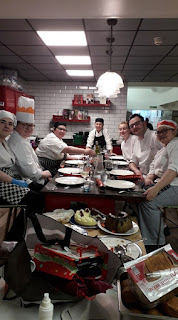 Due to the fact that Christmas fell on a Tuesday this year we had an insane three days with our last Santa buffet, afternoon tea for 200 on Christmas eve, a special menu for Christmas eve and then the main event itself CHRISTMAS. Christmas day was a buffet styled carvery for 430 guest with over 30 types of starters and deserts. As you can imagine Christmas morning was….. well fun? After all the prep was complete and it was go time I was sent out on the carvery to smile and serve 100’s. We then had a break to feed ourselves and sit down before the chaos continued as we had a second deli styled buffet for 160 guests. We thankfully got to finish shortly after 8. The kitchen staff then sat down and had steak, chips and some beers for our very own Christmas dinner. This was my last night working in the Slieve thus making a lovely way to go. I couldn’t of asked for a better send off then sitting down with my favorite people around the red kitchen and having family dinner.

Now that that’s done I’m going to talk about some of my highlights from my time at the Slieve Donard Resort and Spa. Firstly the most important one of all was being brought into Christy Moore’s sound check where I got to watch him preform with only his soundcheck in the room. I was moved to tears as I have always admired Christy’s music. He asked me at the end of his performance how it was and I could barely blurt out that it was great before I ran away to start service. I often worked on mains but mainly just plating and handling the garnishes but one night I was thrown on the meats. This honestly put the fear of god in me as the guests are paying a premium price and expect a premium (AKA they complained a lot). That night we served 48 guest and 34 of those choosing steak and not one was sent back which was the usual. Honestly this is one of my proudest moments as a chef. We also got to cook for a few famous names such as Van Morrison, Christy Moore and even Bertie Ahern. Climbing the Mourne mountains in skinny jeans, getting to spend time exploring Belfast and is nightlife. Lastly was just getting to make great friends and getting to stay in some of the amazing Hastings hotels around the north of
Ireland. 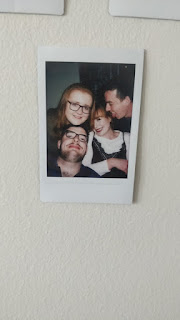 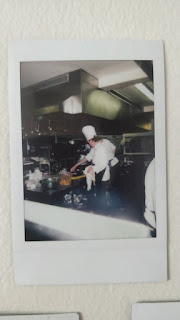 That’s all from me and my Time at the Slieve now on to the next adventure to Humber college, Toronto where I’m going to freeze my balls off foe the next three months.

Posted by BACA International at 15:50