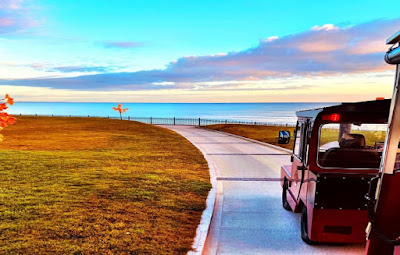 Hello again to whoever may find themselves reading this, I’m back with my third and final blog post about my time and experience up north in The Slieve Donard Resort and Spa. This final post is going to focus on the final month of the placement, what one could expect if they do decide to follow in my footsteps and just my own tips and tricks for you to take on board.


The month of December is incredibly busy but is also broken down into different weeks of how busy it is and for what reason.To briefly explain:

I myself missed most of the opening week of December. Leading into the build up to Christmas hours will be extended and days off will be reduced (to be expected really) so in preparation Hazel (the Head Chef) does her best to give people their owed Holidays leading up to it and to have their Christmas early. I was owed about 2 weeks’ holiday by the time I was finishing up so I had the opening week off to go home, see family and make a start on my preparation for my college application for JWU Providence. But having been kept in the loop by my work mates the opening week is a warm up. People are becoming familiar with the new menu and gearing up for the following week. It’s all about repetitions and confidence and increasing the speed for the busy period ahead. 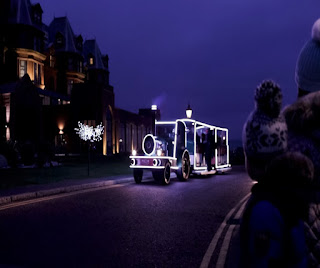 So this is all Polar Express and it slightly extends into the third week. As stated above, we did 8’000 people over the course of 10 days. It’s not that you’re serving 8’000 people in the restaurant but the hotel transforms in this period. Rooms are completed redecorated and done to fit the theme (Just check out the Slieve Donards Instagram pinned story to see), A roller-coaster set up behind the hotel, a functioning train going around the ground of the hotel, basically the whole works. The kitchens job is to provide snacks and treats for each of the different events as on top of the regular day to day needs of the kitchen. The tasks you’re doing are easy but it’s just the volume which is what catches you, you need to be working quickly because you have    people coming in every few minutes for top ups of x, y and z. 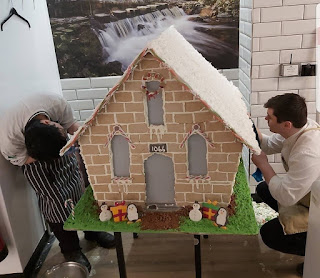 This is polar wrapping up (which just seems to get busier and busier each day) and then your preparation going into Christmas and the events in which they have for that. The Christmas period in theory is daunting but it’s not as bad when you’re in the middle of it. They did a set Menu for Christmas eve and St Stephens day and broke Christmas down into buffets throughout the hotel. I think we did about 500 or 600 in total for them. When you’re in the buffet it’s fine, it’s just the prep beforehand and to ensure you’ve enough to cover everything which is the hard work but when you do it together as a team that’s when the work becomes easiest. I remember sticking around after work on Christmas eve with the head chef and one of the other chefs who lived in the hotel to help prepare for Christmas the coming day, just finished out a 12 hour shift and stayed with her till 3:00 am to just do some basic work like peeling down vegetables and likes and then coming back into work at 10:00am.
I think the hardest part about this period is just being away from family, you know what you sign up for and if you’re away then you’re away but when you’re working as hard as you do in a kitchen it’s hard to get in a festive spirit or get to make those phone calls to relatives you want to. I know myself I didn’t have my Christmas dinner until January 25th or something because of the availability of my brother and sister once I got back!

You defeated Christmas (or it defeated you, probably a bit of both). This last week leading into New Years is a busy one for Weddings, The Slieve Donard had 4 weddings in that week, one a day so the prep was constant on one side of the kitchen while the other focusing on service that coming night. The constant wedding after wedding can be a bit awkward to prepare for but it allows you to get into a rhythm working in them. You become more comfortable with the setups, what’s needed at the various points and allows you to learn at a faster pace which helped me because it was my last week there to have learned that last section before going.

'The Slieve' is a great place to work. You have a great learning environment there to grow and develop and I know what I had spoken away with them and getting the work plan done by them it’s something they will carry on for future students. It’s been the most popular spot for students from WIT so far and you just have to read any of the other blogs by past students to see they would all say the same thing. But do your research or even better, make a trip and see it for yourself. The company want students and I’m sure if you reached out and enquired about a visit they would accommodate and show you what they have to offer. The dynamic of the kitchen can change so quickly based on the personnel in it so that’s for you to go and see for yourself.

Newcastle isn’t the most exciting town so if you drive that’s a massive bonus, you can make the most of Belfast on your days off and just travelling in general but in saying that if you don’t then it’s that big of a deal. The hotel is next to a bus station so you can get around just as easily.

You can build up a reputation on a more local scene. Working up North allows you to work with various chefs who can find themselves anywhere across the north and when you work with them and build that relationship with them, you’re always easier to contact for future opportunities. I know myself I had a few job offers from different chefs up there, ones I worked with who moved on or from ones I played football with and how my colleagues spoke about me which is flattering.

Most importantly do what is best for you, it can be great to leave and travel half way across the world and it can be just as good to stay and be 4 hours up the road. My mind went from working in London to then Banff and then having had some personal things happen in my life I was happy to work up North. To be available if needed. It’s just personal choice but the opportunities are there for you, but, I would say to remember you’re a student and there to learn not just to work so always keep that in mind and always push to learn more because that’s the most important thing on placement.

Hope you find some of this helpful, until my college blogs ...
Calem

Posted by BACA International at 15:13