First week in Venlo, The Netherlands!


Hello again, this is Kate back with my posts! I have not posted in a while as I was at home in Ireland… it wasn’t interesting enough to tell you about! However, I have landed in the Netherlands, this day last week. I am attending the Fontys University of Applied Sciences.

I’m going to tell you a little bit my social life here so far, as it is week 1, a lot of classes have been simply an introductory, rather than hard study class! 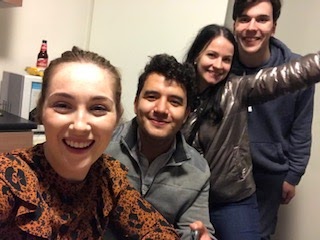 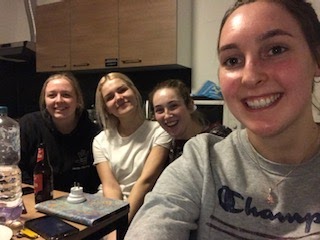 The night I arrived in Venlo, myself and Clara went out for dinner together just the two of us. We discussed our fears of having no friends, and that we were glad to have each other if the worst came to the worst. We ate our food and began to stroll home… that’s when the fun began and has not stopped since! We walked past a pub where our friend Yasmine was sitting outside with some other students. We began chatting to them and suddenly there was a group of about 20 exchange students from all over the world! All strangers to me… but after about an hour we all felt like best friends. We all live in the same apartment complex. So far we all see each other every day, eat and drink together; pretty much everything, apart from sleeping in the same bed! 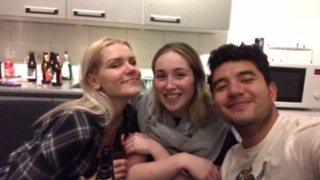 Even though we are only here one week, we already have a very stable group of friends. Only today, we booked a weekend getaway together to Amsterdam for two weeks’ time. That is the weekend of the 21st of February. That week, we have a week break from college for a very famous Dutch holiday known as Carnival. So far, I have heard nothing but crazy things about this holiday. Apparently, it’s a week of drinking, partying and dressing up in funny costumes. After Amsterdam, we are going onto Dusseldorf and then Cologne.

Tonight, the international office is hosting an event for all exchange students as an introduction to Carnival. I really admire and appreciate the effort and work that the international office has done to welcome all the exchange students into their environment on Thursday the 6th of February, an introduction day was held for all exchange students. Here, we received so much information about the socialising in Venlo. We were given the dos and don’ts, and the good and bad things about Venlo. After our information session, we were brought to a bowling alley where we played bowling and laser tag. All of this was paid for, including food and drinks. I personally felt that this really created a great environment for friendships to be created.

On Friday the 7th, the International Office, held a lunch for all the exchange students again. Here, we were given prizes and had a delicious lunch, again all for free of charge. 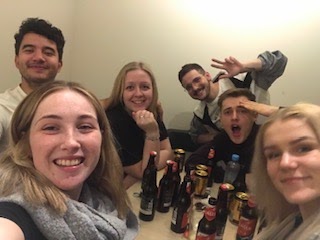 Majority of students received a prize. I got a football... I was thrilled with this as I was wanting to teach my new exotic friends Gaelic football. About 20 students headed to a green area and there we played a very aggressive but fun game of something that resembled our traditional sport of football.

So far, almost every evening the college or the students host an event that everyone is invited to. I firmly believe that Fontys do everything they can for their students and their happiness.

I know I have not been here long, but I do not feel lonely or homesick, I feel as though I am going to make friendships and memories for life. I have already began teaching Pilates classes in my kitchen! All my new friends are very eager to learn a new sport... as most of them had never done a Pilates class previously. I have also joined a mixed soccer team! I’m not that great but I enjoy being outside and getting to know new people all the time and also a new hobby.

I really look forward to what they next six months have in store for me.
Talk to you soon,
Kate.
Posted by BACA International at 15:17