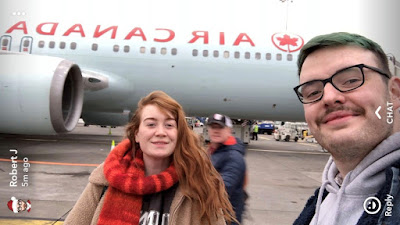 Greetings from Canada the land of squirrels, canucks and legal weed. After just one short week home from the Slieve, my partner in crime and I boarded a plane and here we are in TORONTO! It has always been a dream of mine to live in Canada so when I found out that it was an option for our year abroad I jumped on the opportunity. And so far so good. So I am here for the educational portion of my year abroad and to say its worlds apart from working up the north is an understatement but ill get into that later. 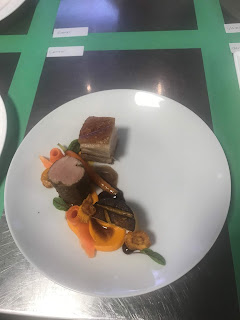 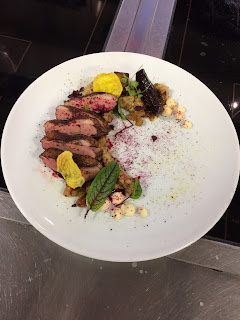 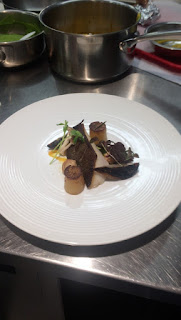 First I’ll talk about the important stuff soooo college. Humber college offers a massive variety of courses from Tree Surgeons to Funeral Directory so as you can imagine its quite a big campus with great resources including dental care, sleep rooms and a doctors office. I am studying Culinary Management here which I believe is a good program and we get to do some very interesting subjects such as butchery, Emerging Trends in Canadian cuisine, Advanced Nutritional Cuisine and A La Carte Cuisine which is the production kitchen here. All of our classes are practical which suits me down to the ground because that’s where I feel I thrive the most. The classes are cool and I have learned a lot since arriving here and we’ve gotten to work with interesting produce that we wouldn’t get at home. My favorite class thus far has been emerging trends as for the first three weeks the lecture thought us techniques that he believed to be emerging trends in Canadian cuisine and then he brought guest chefs in from reportable kitchens throughout Toronto. These guest chefs not only thought us new techniques but also featured different cultural cuisines such as Asian and Italian. I also thoroughly enjoy Butchery as we get to work with a variety of meats which we not only butcher but also cook and then sell in the Gourmet Express shop on campus.


Now on to our free time activities. We have a lot of free time here as we only have classes four times and week which means its three day weekends every weekend and that is why our time here is so different to the Slieve. Within the first month alone we done a lot of typically Canadian activities such as skiing which I never really thought I would do but I actually really enjoyed it and only fell six times. Still managed to get my green pass though so I got to ride the big boy trails yay. We have visited many of Toronto’s visitor hotspots such as Lawrence food market which has been awarded the best food market in the world and honestly if you get to go there you will understand why. Myself and Robert sometimes go there just for lunch because you can get the nicest lobster roll I’ve ever tasted for only 12 dollars which is very reasonable here. Also went to an ice skating disco night overlooking lake Ontario. We then got brought on a trip to Niagara Falls with the international office and the entire international group studying at Humber for this semester. We have managed to form a nice bond with the rest of the international students and we call ourselves the 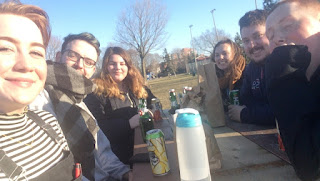 European delights because we’re obviously a delightful bunch. Niagara is cool it was frozen w 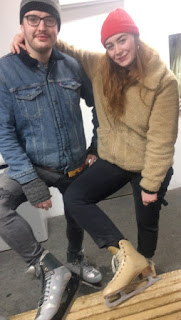 hen we visited so it was very picturesque, we also got brought for a free lunch in the skyline tower beside the Falls so we got an amazing view and a free lunch. 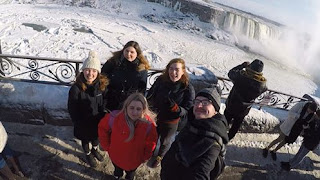 As for night time activities we have found a really cool bar called the Dime where you can get cheap all day brunch and cheap cocktails which is important when you don’t have a steady income. We have also found a place that hosts weekly drag shows which never fails to entertain. However as we are so far out from the city it can cost a lot to get home. This is my only gripe with Humber so far, its location that is. Where we are is quite a “suburban” area so there is not much amenities here (meaning pubs) so we tend to spend a lot of our free time down town the only downside being the hour and a half commute by public transport, only 40 minutes in an uber home though. Other than that life is pretty great here I just wished I have gotten a co-op visa so that I could pick up some work here because believe it or not I miss the busy hustle of kitchen life.

Thanks for reading my rambles and ill check in again soon,
Mise le meas,
Saoirse
Posted by BACA International at 19:12