A Couple of crazy canucks in Canada

Bonjour beech
so after a crazy Christmas, it was a short break catching up with friends and family before myself and Saoirse boarded a plane to move to Toronto, Canada

We were greeted at the airport in Toronto by Humber’s international office who had organised a taxi to take us to residence. We got settled in and had a little rest. Humber is about 20km outside of Toronto has very little things to do around it unfortunately, but luckily there’s a great transport system that will pretty much bring you anywhere for 3 dollars. Which is exactly what we had to do the next day.The international office is great and organised a lunch on the second day for all the international students studying for one semester in Humber on the lakeshore campus which is a satellite campus of Humber. It was a great way to meet new people and we made some great friends in the process. Everyone here for one semester tends to be European. The day ended by going to a crazy Danish guys house and playing drinking games. 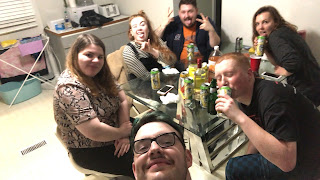 It was a pretty uneventful weekend after that but college was starting on Monday which I was apprehensive about, a new college, lecturers and of course a brand new class. Our first class was emerging trends in Canadian cuisine. In this class, we were looking at rising trends in Canadian cuisine and how to execute them. it was taught by both our lecturer and visiting guest chefs from some of Toronto's most respected restaurants which were alumni of Humber college. 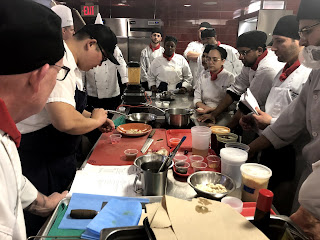 Classes are pretty casual over here and can be a little chaotic at times as the kitchen labs are small with large intake numbers. But similar to W.I.T. there very much career focused and introducing us to as many techniques as possible.

Classes are similar to home in the fact that we still do production classes for “the Humber Room” the onsite restaurant, which is open for students so it always seems to be very busy. We then do advanced nutritional cuisine which is taught slightly different in the fact it’s a lab class and we make various recipes and perform hedonic testing at the end of each class to determine which is best.

Lastly, we do butchery which is really interesting, it involves butchering the animal.. Duh. But then cooking the broken down animal for retail in the shop “gourmet Express” which is part of the learning program. Any uncooked meat is vac packed and used in the Humber room or sold via gourmet express.

Other than class. Toronto is pretty class itself. It’s an amazingly vibrant city even if it is absolutely freezing. Of course, this weather lends itself to many outdoor activities’s such as skiing, visiting frozen waterfalls and going camping in 6 feet of snow.’ the international office is amazing at Humber and organises so many activities for us. We took advantage of the discounted ski trip to snow valley which was 8 hours of skiing in pristine mountains, having never gone skiing before it was so much fun. We did just a little over two hours of lessons before hitting the pistes. Some times literally haha. 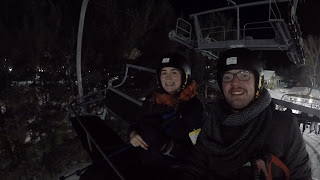 Then shortly after that, they organised a trip to visit Niagara falls including lunch and drinks all for free it was absolutely  amazing. Niagra is so amazing I think it was only amplified by the fact that it was pretty much completely frozen over. 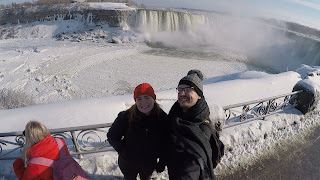 I had the pleasure of my parents flying over for a long weekend which was lovely as I barely got to see them between the Slieve and arriving in Canada. It also gave me the opportunity to go to tourist attractions without having to pay for them personally. Which as a broke student was great. 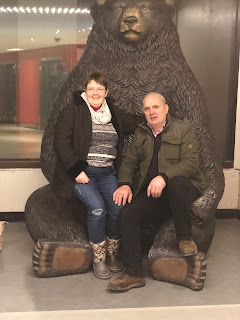 Other than that life is pretty sweet. We’re off three days a week and honestly that’s not a problem there’s so much to do and so much to see. A whole lot has yet to come but so far so good EH! 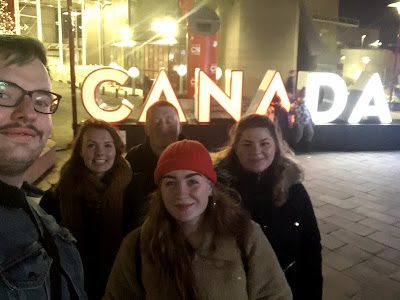 Posted by BACA International at 18:53