The Truth About Night Shifts

When I first moved over I was told that I would be doing night shifts for just the first month, and I would be moved to the 'day time' after this, but as the month came to a close, I came to the realisation that I would be continuing the night shifts for the duration of my time in London which was 5 months. when I first started the shifts I used to work from 7:00pm till 6:30am, with the volume of products that we produced such as croissant, pain aux raisin, pain a chocolate, caneles, doughnuts, pecan twists, cinnamon brioche buns ect. With all of this we also had to start doing service which became harder when we had less people on, with the service we had to make special requests on the spot such as: candy floss 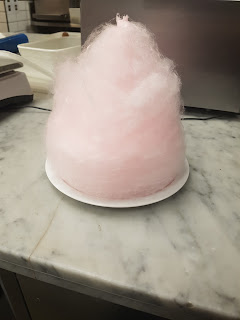 which would always come at the same time that we would have to do our first turn for our croissant. Service was one of the easier parts of our night but it did also have its challenges. Service could be from 6:00pm till 12:00am which did mean that one or two people, depending on the night had to spend the night downstairs trying to finish the tourier work.

Trying to adjust to this new sleeping pattern was difficult, although I would consider myself a 'night owl' this was still a challenging task for me because of obstacles such as: construction work that
went on in the building that would begin as early as 8:00am till 6:00pm, finishing work later than usual, spending my days off trying to catch up on sleep and also trying to explore London, but I will keep that for my next blog. although there seems to be a lot of cons with doing night shifts it had so many positives, 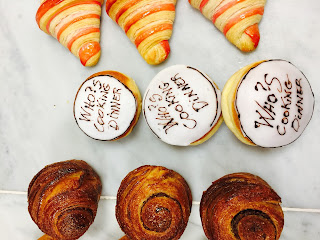 because when you work the nights you have a little bit more freedom to experiment with new ideas for pastries, this allowed me to work on bi-colour croissants which I was very interested in,


getting to work with a chocolatier helped me to improve my chocolate skills, candy floss also became a big wow factor for the hotel, it was something that many customers started wanting more of, so having time to be able to work on how to master this will be useful later on for me if I ever go into a profession which does sugar work. When you work nights you realise people are a lot calmer, it's a different type of athmosphere than it is during the day, this was adequate seeing as most people did seem to be tired as the nights would go on. Night shifts were an incredible experience that I could never forget, but trust me I would never want to do it again as I do like to sleep!