Like everything else, working in big companies has its pros and cons. In this blog, I will point out the pros of working as part of a relatively big company. As part of the internship program I became part of the Corbin and King group which consisted of one hotel and six other restaurants.

The first thing that  I, as well as every new member of the company, was invited to join the induction day. This took up two days but don't worry it is paid. The first day was required to meet up at one of their restaurants and this took up the whole day with free lunch. It was a great way to meet new people part of the company and also experience dining at one of their owned restaurants.
The second day was called 'The Great Expedition' where only members of the hotel were invited to. This also took up the whole day as we were introduced to Health and Safety, Background of the Hotel and the Head of each consisting teams part of the hotel. We also got a tour of the hotel, as well as the surrounding area. This honestly was a great 'working' day as we were just sitting down most of the time in comparison to working in the kitchen where we can barely get time to go to the loo.

Two months into my internship, I was chosen to visit the Severn and Wye Smokery in Gloucester, just outside London. They are one of our producers for smoked salmon. Every month or so, the company chooses one member of each team from the restaurants to participate in going on a field trip to one of the producers. I was lucky enough to be chosen during my stay. I got to meet different chefs from outside the hotel and experience how the smokery was run. 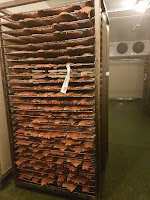 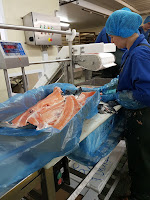 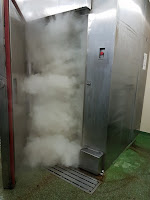 Posted by BACA International at 14:13