The First Week in London

Hello, my name is Sasha and I am writing from London! 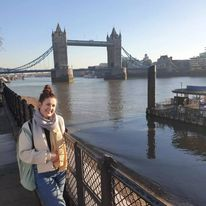 I arrived in London on the 10th of January with Ava, and my sister Alannah. From the minute we stepped off the plane, the pace we were used to, changed. So many people were rushing around, it was quite disorientating. We got a taxi from the airport to avoid the trains for our first day at least! After arriving at the hotel, we went for breakfast, which turned out to be an Irish restaurant, how stereotypical!

For the first few days we tried to visit as many sites as we could. Including Buckingham Palace,

Trafalgar Square, The West End, The Tower of London and The London Dungeons.

We spent everyday touring London and eating in so many different places like Ottolenghi in Spitalfields.

Each day we took turns directing as it takes a lot of getting used to the different trains.

I really found this good to get me comfortable with the system. Citymapper will be your best friend, truly. 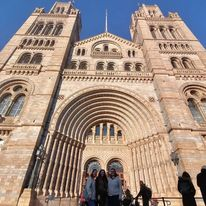 We spent the first few days in a hotel, not ideal!
We had hoped to have an apartment but this fell through the week we arrived.
When looking for accommodation I would strongly recommend using trustworthy agents or landlords.
We thought it would be safer to go with an agency but that was not the case, I ended up using a private landlord,
which turned out to be so straightforward. The websites I found good were Spareroom and FindAFlat.
It also would help to have an English number which was something we didn’t think of.At the end of the first week, I went to a staff party at the place I’m working, Crispin, and got to meet all the staff,
which made me much more comfortable once I actually started. The restaurant I’m working in is based in Spitalfields, beside the market.
The restaurant focuses on a changing menu with seasonal produce and a high focus on sustainability and simplicity. I found this restaurant on instagram, as I had followed the head chef and decided to message him. Before deciding, I spent a long time doing research on different places and areas I would like to work in.
Preplanning is definitely advised in advance. I started work in the second week and really just spent the week seeing how the restaurant operated and getting used to the change. I'm really excited to properly get started. It took a few days to get used to my commute but other than that I’m really enjoying everything! 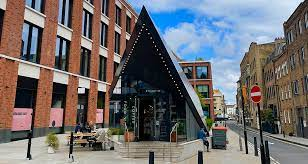 More to come on work in my next blog!

Posted by BACA International at 12:47