Hi all, Erika here. The last stretch was just as fun as the beginning (even with the exams). Thanks to Armistice Day in the middle of November, I had a four day weekend! This was made extra special by a visit from my parents. Aside from the obvious perk of having a suitcase brought home for me, I had the opportunity to have dinner at ‘Restaurant Jéremy Galvin’. This was one of the most incredible experiences I had here, as I saw the difference between French

and Irish Michelin dining. Here, it is not solely about the food, but combining the senses with dishes. At one point, headphones were brought to the table, where sounds of the forest were played while we ate our fish course. The meal took over 4 hours, so is not for the impatient, but was definitely worth a visit. Another notable element to the meal was that the description of the dish is not given until the plates are taken away, which made for a fun game throughout the meal.

Time off in the middle of the week allowed me to travel to Paris for the day. As the trip takes only two hours on the train, there is no excuse to skip visiting while you’re in Lyon. While there is no need to mention the multitude of unmissable spots in Paris, ‘Cedric Grolet’s’ was at the top of my to-do list. The prices are higher than your standard patisserie, but absolutely worth it, especially given the size of the pastries on offer. Getting to and from the train station at ‘Part-Dieu’ was a breeze with the C6 bus that runs directly from Écully to Part-Dieu, but I would highly recommend getting a taxi back from the station if your train arrives later in the evening.

The final exams were less daunting than I imagined, especially considering the week before is a study week, similar to Ireland. Since my last week of kitchen was three weeks before the theory exams, this was a load off when it came to studying. While the library on campus was not open while I was there, having a group of friends to study with was a huge help, and possibly better than keeping silent in a library. The group projects we had to do for classes were a great way to get into the mindset of studying together.

While this chapter of my time in France is over, I’m looking forward to the next experience here, when I go back for my work placement. Hopefully the report from there will be as positive as this. 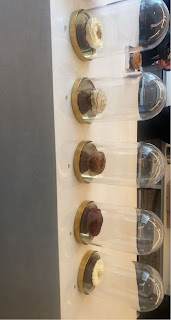 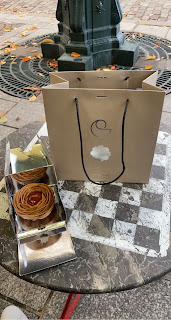 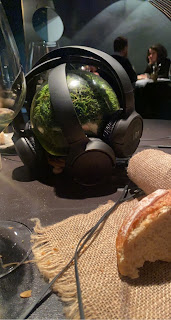 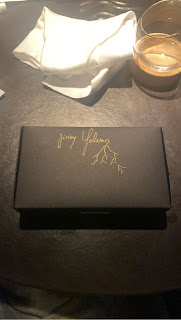 Posted by BACA International at 08:00