Welcome to the Culloden

Hello everyone, it's Sam here, writing from the Culloden Estate and Spa in Holywood County Down, Northern Ireland. Before I arrived here I had been informed of an issue with my staff accommodation and whilst this issue was being fixed I was to be given a hotel room free of charge. This was when I first arrived here and now a month later I am still in this hotel room but I am not giving out about this. This however had caused some issues when I first arrived because the human resource manager forgot to pass the memo onto the manager working the day I arrived.

Everyone I met on my first day were very welcoming and friendly as well as very helpful with the issues of not having a room. As the days went on I started to get to know everyone who worked in the hotel. The biggest problem with getting to know any of the other chefs I would be working with was that most of them were agency chefs meaning they could be gone at any time. There are currently only four full time chefs which includes myself.

I have currently been placed into banqueting and functions meaning that I am part of a team ranging from two people to four who cater for a range of functions including weddings, school formals and meetings to name a few. As well as catering for these we are also in charge of menu tastings for future events which will take place in the hotel and we also cater smaller private functions which often have an a la carte menu opposed to a set menu. I have attached a few images of dishes I have done for smaller functions, these include a smoked duck and date puree starter, a smoked salmon and celeriac remoulade starter and then a simple raspberry and white chocolate cheesecake with a berry compote for dessert.

We host functions in three different suits, the Holywood, Stuart and Robinson and can hold any numbers up to three hundred people at a time. I am enjoying my time so far at the Culloden but I am hoping to move away from banqueting and into the fine dining side very soon. 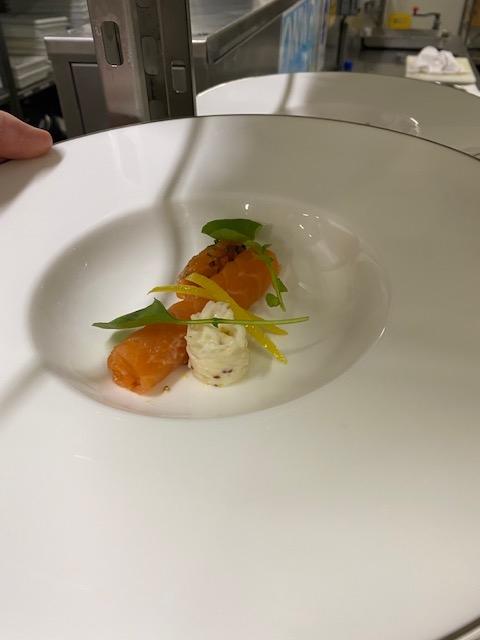 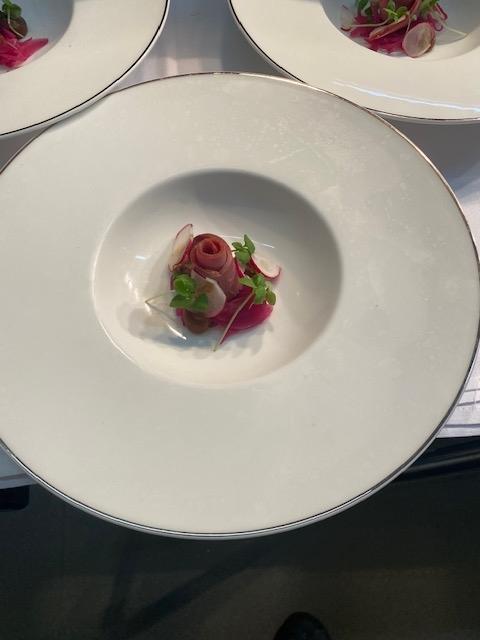 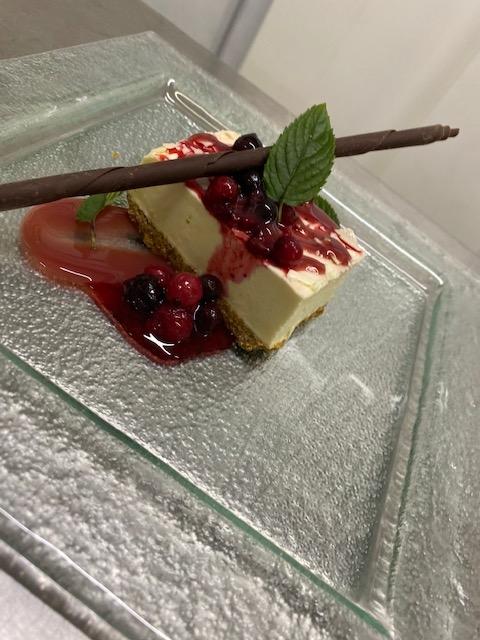 Posted by BACA International at 13:41