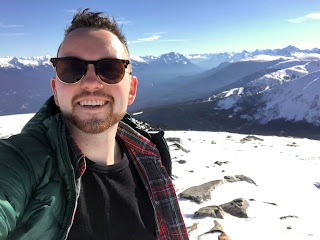 It’s hard to believe that my journey in Canada started just over 5 months ago. A journey in which I didn’t know what was in store. I’m so happy that I chose to come to Canada even though it has it up and its downs, it was the best decision I could have made. 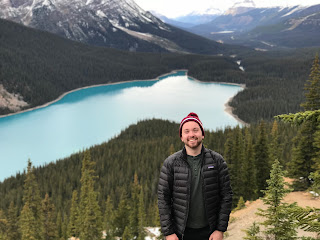 Some people asked me before my departure if I was running away from my problems in Ireland. I didn’t really know what to answer them. I said I wanted a change, I need a break from this country. I feel sad when I say that, we shouldn’t get tired of the country and home we come from but sometimes change is good. I guess another big part of the reason why I wanted to come to Canada was the fact, since moving away from home for college I always wanted to go on a summer J1 which I never got that opportunity to partake in. I longed for the chance to just up and go and Canada was calling me. 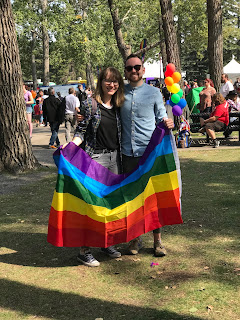 Canada is such an open and accepting country. Being an openly gay man back home in Ireland sometimes scared me. Here absolutely nobody cares what your sexual orientation is, they care about you being the person you truly are. I recently attended my first ever gay pride in Calgary. It was such an amazing experience. The streets of down town Calgary were filled with all walks of life, so many families with their young children letting them embrace everything within the LGBTQ community.  The Canadians in general are so friendly, they go out of their way to say hello to you, to ask you how you day is going even if they know you or not. This is something you experience here at The Fairmont Banff Springs, everyone is friendly and caring know matter how busy or stressed other people may be. Something a lot of people back home I think need to learn. It doesn’t cost anything to be kind.


The Summer Season at The Fairmont Banff Springs 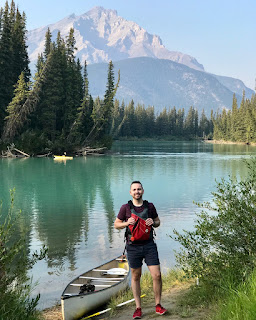 Keeping busy here in Canada has made my time go quick. Summer here in Banff was amazing, endless hikes, canoeing and breath-taking scenery. The summer season here at The Fairmont Banff Springs was incredibly busy. There was never a dull day, with an average 95% occupancy just under 1400 guest per day every day of the season it truly was a busy summer. Working long hours is something that I’m very used to back at home, but over here there is a different attitude. The working hours within the culinary department are very strict, being only aloud work 8.5 hours a day with some 30-minute break 5 days a week with overtime having to be approved by a sous chef or executive chef. However, as business levels have significantly increased Since mid-July most of the pastry team have been working 6 days a week plus overtime hours.

Alongside working at The Banff springs, at the start of July myself and fellow class mate Tom started working a second part time job at the Banff Gondola owned by Pursuit. Working with the Fairmont hours and pay it was hard to live comfortably and try save something on the side. We both decided that we needed a second job ASAP. We had a connection with somebody who worked with us in the pastry shop who got us the job. We both worked as a pot washer which didn’t bother us, a job is a job. It worked out that were coming out with an extra $1000+ every two weeks plus tips and that’s on top of our full-time wage. It was a great experience not everyone can say they have to take a gondola to work every day. Unfortunately, we had to quit that job as we discovered we couldn’t work for a second employer on the visas we have as it states our employer “Fairmont” as they sponsored our visas.


At the start of July, I was asked by the Junior Sous chef and Executive Pastry chef to create and execute from start to finish a new selection of pastries for the STOCK café which is in the lobby of the hotel.  Stock Food & Drink was recently renovated last year with a new alpine market feel with locally sourced farmed ingredients.  I’ve never been given an opportunity like this, I was hesitant and unsure at first. This opportunity did come with some back lash from other colleagues complaining that I was given an opportunity over somebody who had been here longer then I had. Complaining that they weren’t given the opportunity but at the same time not showing their own initiative to do such a task. Attitude which I don’t appreciate or like. I don’t like to be discouraged from achieving goals.

Ireland will always be my home no matter where I go in the world, since moving to Canada its opened my eyes that the world is a big place with some many amazing opportunities waiting to be discovered. I haven’t really missed home that much except for a few things by dog, my mother and Irish produce especially dairy. I was so fortunate that my mother decided to come to Canada to visit me in august alongside my brother Chris and my best friend from home Sarah-May. Canada is somewhere my mother has always wanted to travel to but has never talking the opportunity to do so. I was so happy I could be a part of it.  We decided to do a bit of a road trip to see as much as we could in the time we had. We started our journey in Vancouver for two days before travelling on to whistler and Kamloops. Vancouver was the first city I landed into when I came to Canada, it’s a place I feel at home. 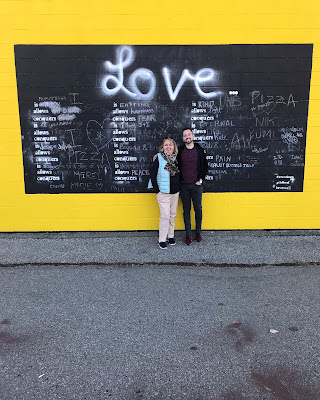 We then travelled to jasper from Kamloops where we stayed for two nights in a log cabin, checking out some of the incredible scenery jasper national park had to offer. We then drove to Banff stopping along the way to check out lake Louise and some other top sights. I wanted to spend as much time with my family as possible, showing them where I’ve called home for the last 5 months. it was such an amazing road tip see so much if this beautiful country. Seeing my family was a break from the constant work life of the past 5 months, a refreshing start.  It was hard to say goodbye again, but it won’t be long until I see them again. It’s not goodbye, it’s see you soon.

Canada is stealing my heart one piece at a time. 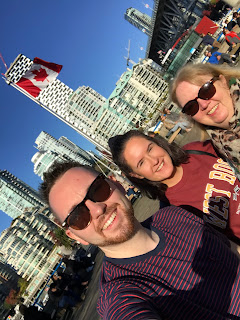 Posted by BACA International at 06:32